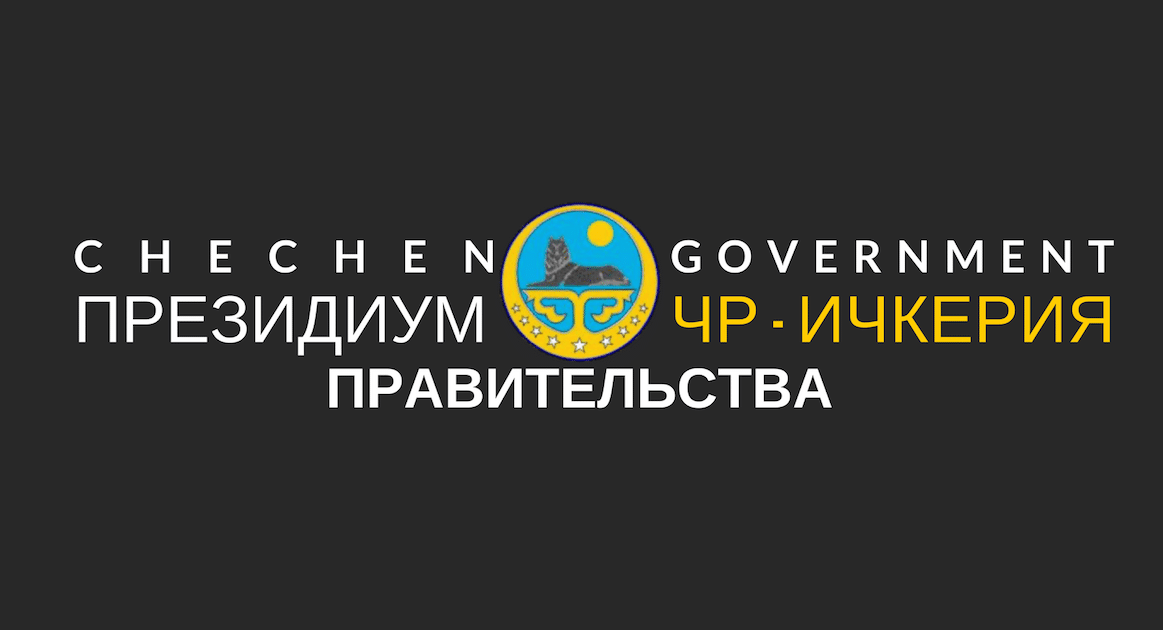 Appealing to the head and lead presidium of the Chechenian Republic of Ichkeria “to the parliaments states who are part of the United States, international parliamentary organisations, global (worldwide) mass media and (human) rights-based organisations… about the necessity to overcome the blockage of information concerning territories of the Chechenian Republic Ichkeria occupied by forces of the Russian Federation”

It is well known, that in April 1990 the soviet union released a law which would regulate an equality based on the “statuses” of so called allied and autonomous republics, what has been practised before that from 1922 on as a common procedure and therefore handled as such by the soviet union, why today there are 35 republics.

From the moment of the soviet union’s fading on the laws of the former empire had no longer any power over the future of its former 32 republics, including the Republic Chechnya. All of those republics found themselves again in international fields of law lined up to either build their own governments or create federative states, just like the Russian Federation.

The chairmen of the newly built Russian Federation being the leading roles in the overthrow of the soviet union announced their so-called reclamation that all those former republics have to be part of the new Russian Federation, which were former soviet territories.

The beginning of military aggressions towards the Chchenian Republic Ichkeria became the first step of the new Kreml towards a military expansion against all newly formed and built governments formerly being republics of the soviet empire.

Sadly western states did not pay the necessary attention to these heavy violations of the human rights of the Chechenian people by the Russian Federation, what helped the reconstruction of this new Russian empire. As a result there are over 250 thousand murdered peaceful citizens, including each president and several governmental people of the Chechenian Republic of Ichkeria. Meanwhile the rest of the world is facing a rising to full height new Russian empire.

The series of criminal acts against the people is still going strong and today the Russian Federations sits on occupied territory of Ichkeria, also in western and Far Eastern countries and states, where Chechenian people turned to as refugees. The Kreml propaganda is being spread by agents of influence as well amongst the refugees. This becomes a provoking reason for murder and homicide, over all although it leads to news about Chechenian/Ichkerian people being handed over to the authorities who still occupy the Chechenian territories.

Members of the Ichkerian leadership, who became refugees themselves, are now forced to work from afar towards a de-occupation of Chechenian/Ichkerian territories in a peaceful and ordered manner, according to their national and the general (international) human constitution.

They appeal to Chechenian refugees to obey the laws and respect the traditions of states they got refuge to.

The attire of said Presidium notes, that mass media and informational agencies did not discuss the question of de-occupation of the Ichkerian territories, while the occupation itself is the undeniable reason of the continuing series of inhuman violations against the Chechenian people by Kreml.

Obviously with the start of military aggressions of the Kreml against the Chechenian government a worldwide precedent of non-disclosure of the criminal actions of the head of the Russian Federation against people and states of the former soviet empire occurred. On a second step to disguise their criminal actions, the Kreml puppeteers ghost organisations and also commands self claimed organisations from afar, calling themselves “the force” of the Chechenian government.

The Chechenian people to this date do not have legitimate government or law force besides the governmental Presidium of the Chechenian republic Ichkeria, with a narrowed field of actions, strictly navigating inside their own constitution and international law.

Members of the Presidium are very grateful to journalists and advocates who illuminate individual facts about mass criminality acts against Chechenian people, while often risking their own lives for it.

While the Presidium has to notice that worldwide mass media openly and adequately discuss the de-occupations of Ukraine, Georgia, Moldavia…, almost not informing at all about the territories of the Chechenian Republic of Ichkeria.

The Presidium comes to the conclusion, that the conservation of stability of international is in urgent need of actions of mind and word which go in line with modern international law and its principles.

World mass media and news agencies have to react adequately to the problems of all countries and people without any exceptions.

As a conclusion from what has been said, the governmental Presidium of the Chechenian republic of Ichkeria calls out to pay the necessary attention worldwide to the criminal occupation of the Ichkerian territory by the Russian Federation.

Calling out the world as a union to illuminate and forward truthful information on a documentary (historical) basis, given by the legitimate government, the Presidium of Chechenian Republic of Ichkeria.

The appeal itself is based on the urge of another victory of the international human rights, relying upon which the people built a sovereign democratic lawful government , once already – in 1991.